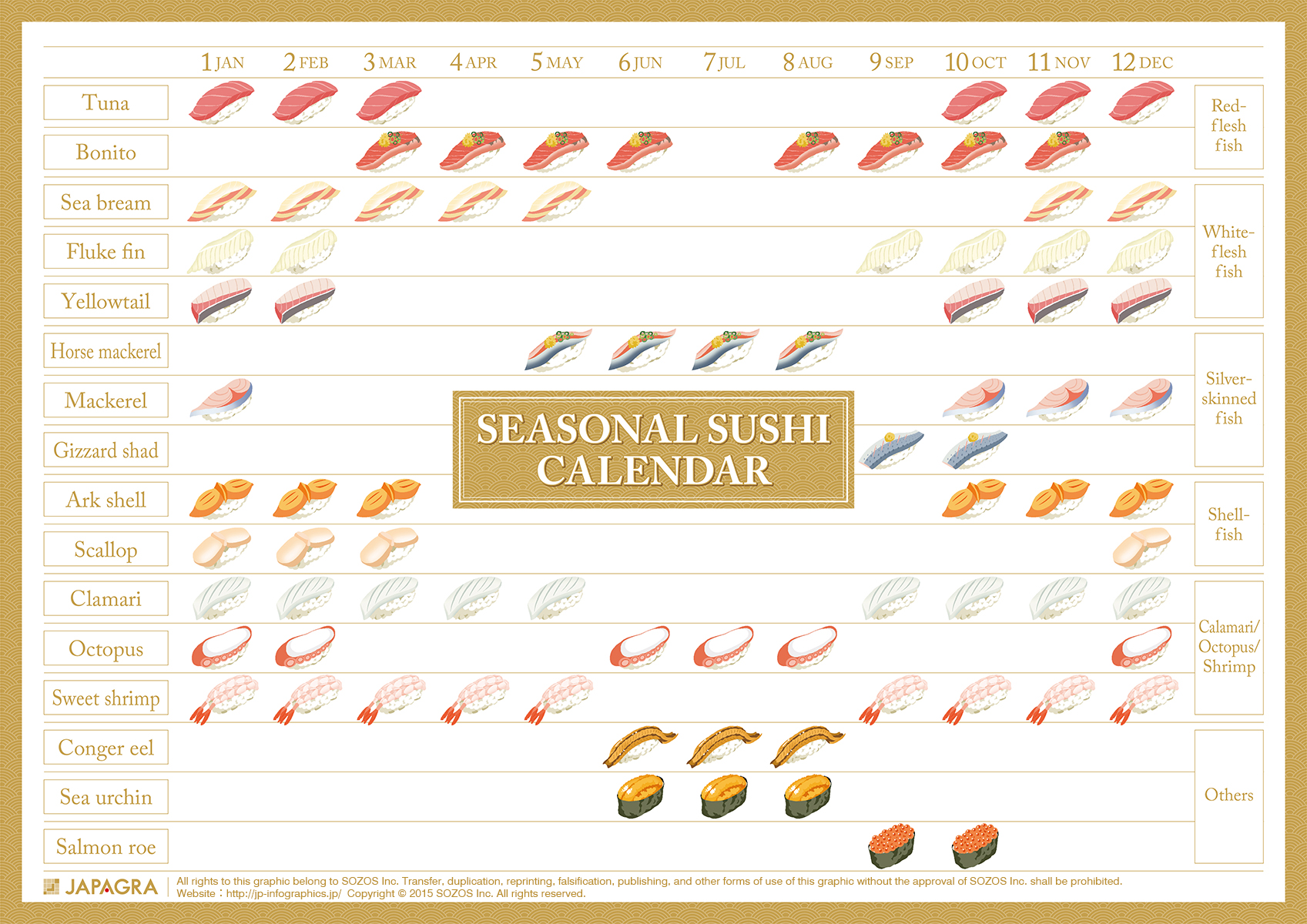 Sushi is the most popular of Japanese foods. There are so many places that serve Sushi. For example, the old, established restaurants, conveyor belt sushi bars, convenience stores, or supermarkets. There are a wide variety of kinds and prices. In this article, we will introduce seasonal Sushi toppings by Infographics.

*In parentheses is Japanese 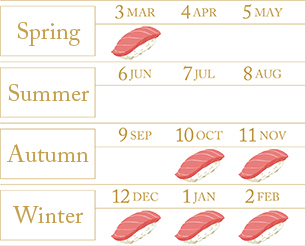 For Sushi, we eat black tuna which has plenty of fat, big-eyed tuna that has a mildly sour flavor, yellow-fin tuna which has a fresh flavor and so on. Winter is the best season for all Japanese domestic tunas. They have plenty of fat and are so delicious. 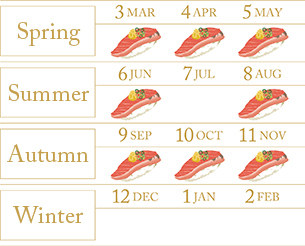 Twice a year come the best seasons for bonito. The first being Spring, which is known as the ‘first bonito season’. They swim up from the South Pacific. These bonito have less fat, and a really fresh flavor. The other season comes from the end of Summer to Fall, and is called the ‘bonito return season’. They swim down the Pacific from North to South. These ones have plenty of fat, and a very thick flavor. 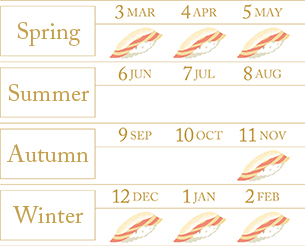 The best season for all domestic Japanese red sea bream is from the end of Fall to Winter, when they have plenty of fat. In Spring, male tai are still delicious, but the females are not good for a while because they’re spawning. 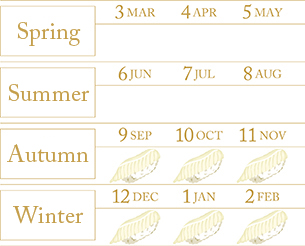 When people say ‘engawa’ in relation to sushi topping, it usually means ‘engawa of flatfish,’ the muscle moving their fins. The best season for engawa is from Fall to Winter. They are flavorful and chewy. 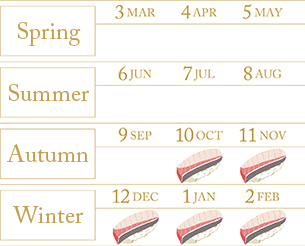 This fish, called ‘Winter yellowtail’ has plenty of fat, and the best season for it is Winter. Yellowtail is referred to by different names as it grows larger: Wakashi, Inada, Warasa, and Buri. 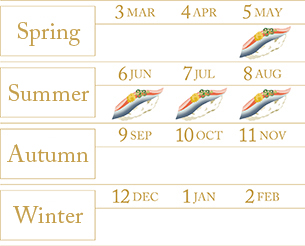 There are two kinds of horse mackerel, living in different places. The first is found swimming offshore and is called ‘Black Horse Mackerel’. This one has red flesh and a very fresh flavor. The other one is called ‘Yellow Horse Mackerel’, and lives in the bay. It has white flesh, and the smell of fat is really tasty. The best season for both types of horse mackerel is from the beginning of Summer to the end of Summer. During this time, they have plenty of fat, and are very tasty. 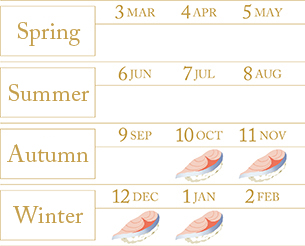 The best season for mackerel is from Fall to Winter, because they have plenty of fat during that period. They are moist and juicy, so we can also eat very delicious pickled mackerel. During Summertime, saba are not good, so instead, it is the best time to eat blue mackerel. 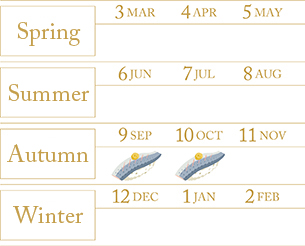 Medium–sized gizzard shad are referred to by different names as they grow larger, like ‘Shinko’, ‘Kohada’, ‘Nakazumi’, and ‘Konoshiro’. Small kohada are more expensive than large. They can be found all over Japan, and each fishes’ spawn are different. This is why we can eat them all year round. The best season for medium–sized gizzard shad is from September to October. 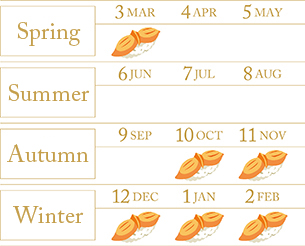 Arc shell spawn at the beginning of Spring, so the best season to eat them is Winter. They are chewy and you can experience a really juicy flavor. 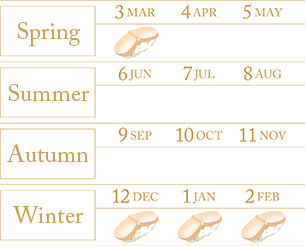 The best season for natural scallops is Winter, and at that time, they are large and well-set. Thanks to aqua-farming technology, we can now eat farmed scallops all year round. 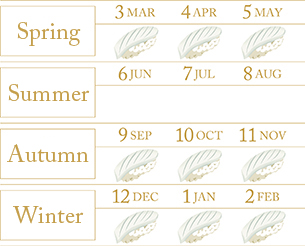 The standard calamari used for sushi is called ‘Sumiika’, which is sticky and sweet. The best season to eat ika is from Winter to Spring. During that time, they are thick and very tasty. 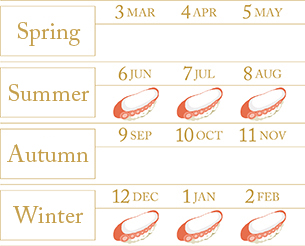 The best season to eat natural octopus is Summer. The amount brought in domestically is small, but the taste is thicker than imported octopus. These days, fewer are caught in Japan, so most octopus is imported from Morocco. 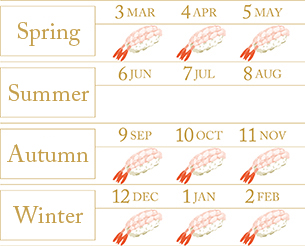 The real name of Sweet shrimp in Japan is ‘Hokkoku akaebi’. There are two places where you can catch shrimp: the Hokuriku region and Hokkaido. The best season for shrimp caught in the Hokuriku region is from the end of Fall to Winter, when the water becomes cold. The best season for Hokkaido amaebi is Spring because the drift ice moves away from the Hokkaido area, and the opening of the fishing season is March. 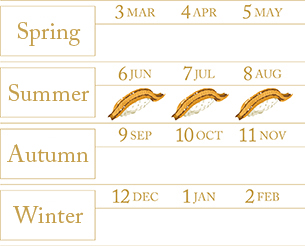 The best season for conger eel is the rainy season when water temperatures become warm. During that season, they move around well because of the increase in their food source. In the Kanto region, they steam their eel, while in the Kansai region, they bake. 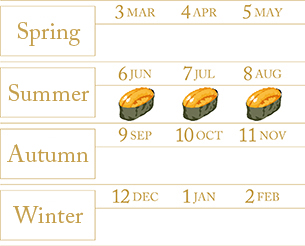 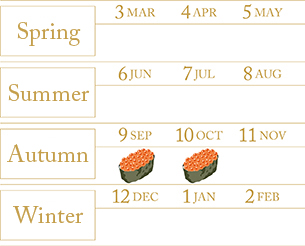 Usually, in Hokkaido, the opening of fishing season is September. But at that time, salmon roe are still small, so the best season to eat salmon roe comes around October, when they become larger and ripen.

Let’s order the Sushi toppings in their peak season!

Each season is the best time of year for different fish. We suggest enjoying each type of sushi at the time best for it. Please reference this article and order the very best choices at the sushi bar. 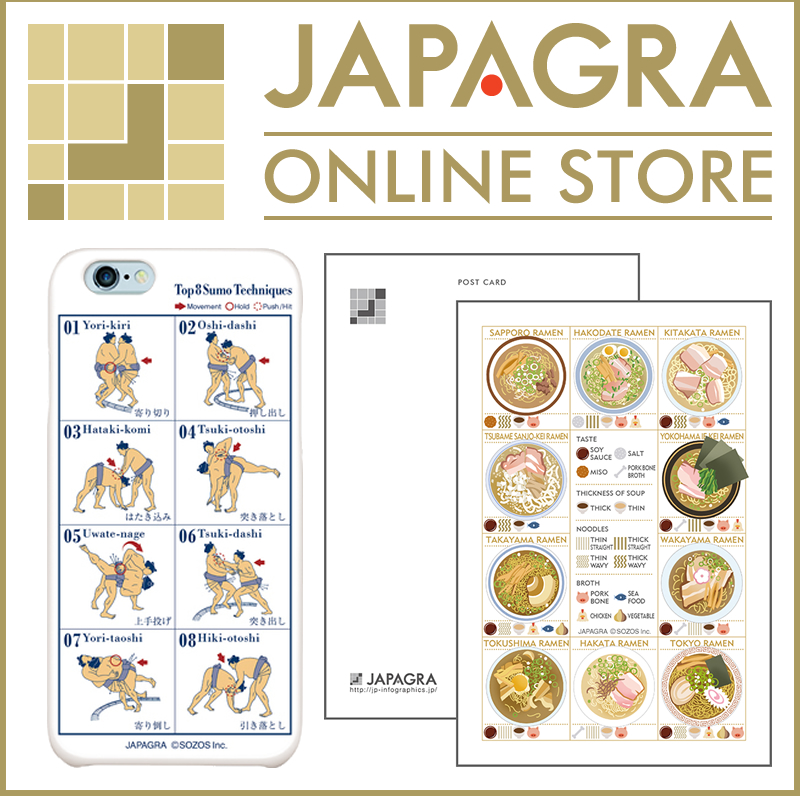 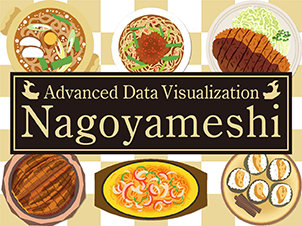